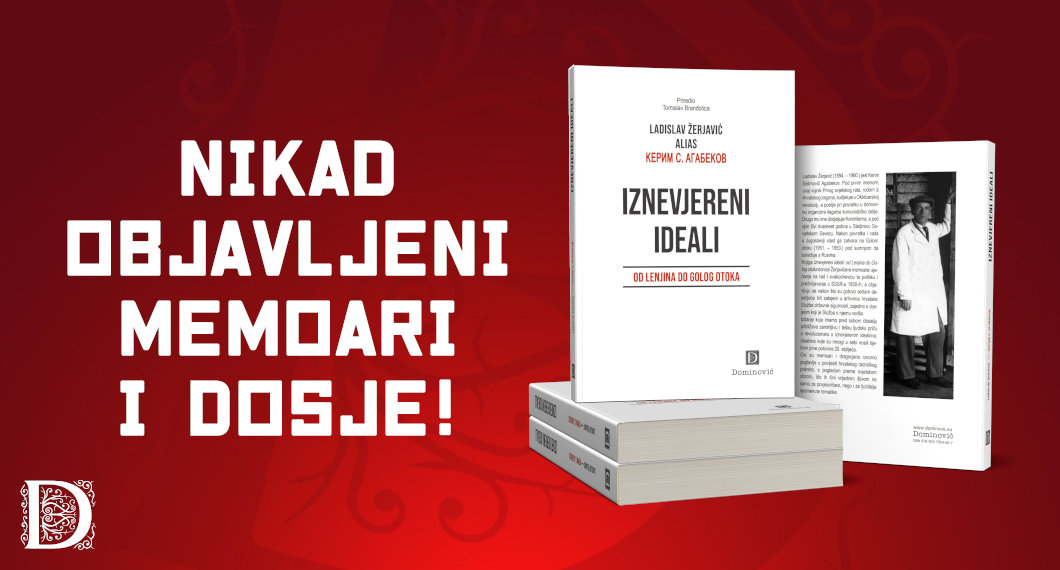 The life of the forgotten Croatian revolutionary Ladislav Žerjavić (1894-1960) mirrors all the contradictions and dangers of the first half of the 20th century. As a young man, Žerjavić found himself in the cauldron of the First World War and as a Russian prisoner of war from 1915 to 1917, shortly after which he dedicated himself to working on behalf of the Russian Revolution, following the October and Lenin line. None of the disappointments after 1917 weakened the enthusiasm he felt at the beginning of that transformative moment. As a Russian Civil War veteran he returned in 1921 to the Kingdom of Serbs, Croats and Slovenes, where he began working in his native Zagorje region and Zagreb as an illegal organizer of the trade union and communist movement.
In 1927 he was forced to replace his country with another one, moving to the Soviet Union, where he soon became a professional political activist and later a member of the technical intelligentsia, all under the newly-assigned identity of Kerim Selimovič Agabekov. The duality of the forcedly forgotten Croatian identity and the name that the Comintern gave to him, followed his life during the next two decades in Stalin's USSR. As part of the Soviet bureaucracy during the 1930s he worked on the collectivization of agriculture in the Ukraine and many other functions, where he tried to avoid the pitfalls of everyday life under the terror which followed him in his private life and his work, by being as professional as it was possible at the time. There he witnessed the great Ukrainian hunger of 1932-1933 (the Holodomor), the partition of Poland in 1939, and the German invasion of 1941. As a witness from the level of everyday life, from the perspective of a man permanently on the edge between victimhood and survival, his memories of the USSR give a sensitive version of history, one which is palpable and gives the sense of real life. His life had no epic qualities, but the tragedy of he everyday was a constant accompaniment. After his return to Yugoslavia in 1946, he dedicated his abilities to the socialist renewal of his old homeland, only to end up in Goli otok camp in 1951, under the suspicion of being an Informbureau sympathizer. During the next two years spent in Tito's camp, he wrote the memoirs in which – under duress – he admitted the mistakes of his previous life and renounced Stalin, ennumerating the mistakes of his regime from the perspective of the bottom of society.

His memoirs of life in the Soviet Union, published alongside the secret police file on Žerjavić, together make a confession of a broken man, forced to make peace with the hardships of his past. It is a wholly human story, which, within these pages, is rescued from the oblivion of posterity.
The book Broken Ideals: From Lenin to Goli Otok is significant as it is the personal testimony of the work of communist illegal and transnational activists, work in the interwar and wartime Soviet Union, as well as the breakdown of illusions and the toil of survival in a camp after the break-up with the USSR. As a historical work it is one of the last, until now lost, testimonies on these issues, which have only in recent times been level-headedly analyzed in historical science.

(0)
No comments yet. Be the first one to comment.
Comment
Your comment has been successfully added and will be displayed after it has been approved by the administrator.
Add a new comment
Read more ...